Cyclone: the wind of destruction

Documents, records, identity cards, personal computers, smartphones and many other devices that we use daily, face the risk of being disseminated once they fall into disuseor are thrown in the trash. Along with them, also the data they store.

Subjects that most need to pay attention to the disclosure of personal data are companies.

They not only need to protect their personal data and those of their employees but, above all, they must ensure the protection of customer’s data.

To be sure that dismissed devices are not used illegally by third parties, it is necessary to destroy them to make their data unusable and illegible. 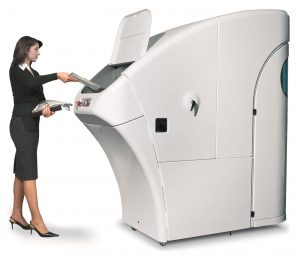 Cyclone is the name of the shredder line that Kobra has designed specifically for large companies and agencies ordinarily processing sensitive data.

Whether government agencies or accounting offices, most of the data stored nowadays are no longer on paper supports. Thus Kobra has decided to patent a shredder that could destroy large amounts of any type of media and support.

The Cyclone is not only capable of shredding paper up to the desired level of safety but it is also able to reduce any type of support, whether electronic or optical, to dust.

Unlike the basic version, the Kobra Cyclone C-500 line has a compactor designed specifically to destroy huge quantities of papers and documents in a short time. This option is an excellent space saver: it reduces the volume of the shredded paper up to 4/5 times its original volume in order to maximize the available space.

Furthermore, the compactor, which is not a stuck feature, can be removed to turn the Cyclone C-500 into a simple Cyclone, using the standard disposal bag. 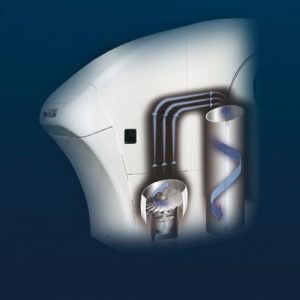 Both Kobra Cyclone lines are developed to set the level of security implemented by the machine while it is working. The procedure takes only a few minutes and allows the achievement of the required safety levels depending on what is being destroyed and the different regulations in force.

In sight of its high safety standards, the shredder can eject smaller residues in a considerably shorter period of time. However, this will not affect the capacity:  500 sheets regardless of the security level.